A Guide to the Atlantic Coast of France

News & Guides / A Guide to the Atlantic Coast of France

The Atlantic coast of France is less well known internationally but is very popular with the French themselves who love to enjoy its calm and naturel environment and is mostly less built up than areas like the Cote d’Azur. In this guide we will traverse from the seaside resorts in Brittany through the likes of Ile de Re and Royan and end up in Biarritz.

The wild, rugged and mysterious department of Finsitere in Brittany is the most western in France and has some stunning coastal scenery along its rocky coast that is dotted with lighthouses and coves. Very rich in its own cultures and traditions it is home to the Amorique National Park and in its capital Brest, you will find the National Maritime Museum. There are interesting medieval ports such as Morlaix but the oldest city in Brittany is Quimper, located slightly inland and where you can visit the Gothic Cathédrale St-Corentin surrounded by lively cafes and shops. If you have time why not visit the windswept islands off Finistere by ferry like Ouessant or Ile de Batz to really get in touch with nature’s elements.

Just along the coast from Finistere, still in the Brittany region lies the department of Morbihan which is famous for its Carnac menhirs that pre-date even Stonehenge in England. The capital is the Medievel city of Vannes with its narrow cobbled streets and off-shore there are several islands worth visiting such as Belle Ile and Groix. There is great sailing to be done off Lorient or hiking and bird watching in the Broceliande Forest or simply enjoy its numerous sandy beaches, the most popular of which are at Carnac and Quiberon. There is also a lovely long cycling route along the Canal at Lorient.

Further south along the West coast we arrive at the department of Loire Atlantique whose Capital is Nantes and home to the Château des Ducs de Bretagne 15th century castle and the ornate Gothic-style Nantes Cathedral. The most popular seaside spots are around Guerande where, amongst others, you find the seaside resorts of Mesquer, Piriac-sur-mer, La Turballe, Le Croisic, La Baule, Le Pouliguen and Pornichet and just inland from these is the wetland reserve of the Briere Natural Park with its canals and abundant bird life. This is an area which has a mixture of rocky and sandy beaches intersected by wild creeks but also vineyards making it a very pretty and relaxing environment.

Vendee is known for its beautiful sandy beaches and has some of the most famous seaside resorts on the Atlantic coast such as Saint Gilles Croix de Vie, Les Sables d’Olonne, Talmont Saint Hilaire and La Tranche sur mer. It also has two islands; Noirmoutier with its historic castle and Ile d’Yeu with its moorlands, coves and sand dunes. The weather in the Vendee is known to be one of the sunniest on the west coast and comparable to parts of the Mediterranean attracting many people from Northern France, particularly Paris since the turn of the century. It is a superb area for cycling and water sports and is great for families with attractions such as the Puy du Fou theme park or punting the canals of the Marais Poitevin and enjoy the wildlife. In the south are a good number of vineyards that offer wine tastings and the pretty towns of Mervant and Vouvant are located in the Mervent Forest and worth visiting.

Charente Maritime is the most visited tourist destination on the Atlantic Coast and only second in the whole of mainland France after Paris. It has an incredible amount of attractions from its long sandy beaches to its large forests, vineyards, historic Chateaux and many festivals. The medieval port city of La Rochelle is a great place to start and while there it’s definitely worth visiting the island of Ile de Re which is a paradise of nature, oysters and attractive architecture and worth exploring by bike.  Further down the coast you reach the seaside town of Royan which has been particularly popular with Parisians since the early 1900s many of whom have second homes in the area due to its micro climate making it the second sunniest area in France after the Cote d’Azur. Saint Palais sur mer nearby is a particularly attractive spot. It is a region that is known for its gastronomy, oysters, fish and fresh produce markets and also for its Pineau and Cognac but which also produces wine. There are an incredible amount of activities to take advantage of too with golf, horse-riding, cycling, sea kayaking, surfing and sailing to name but a few.

The capital of the Gironde department is the historically important and impressive city of Bordeaux with its 18th century architecture and lively atmosphere aided by its university students. From here you can visit the many wonderful seaside resorts or venture further inland to the world famous vineyards of St Emilion and Medoc with such famous wines as Chateau Petrus and Chateau Margaux amongst many others. It is a wonderful place to visit, particularly the charming old town of St Emilion where you can do many wine tasting sessions and sample the fantastic local cuisine. The seaside resorts are the other major attraction due to the “Cote d’Argent” which is the longest beach in France at 120km. Along this stretch of natural coast you have many popular seaside villages and towns such as the historic Soulac sur mer, Arcachon, Le Moulleau, Andernos-les-bains and Cap Ferret. Inland you have the vast Landes Forest and resorts based around the lakes of Lacanau, Parentis, Hourtin-Carcans, Cazaux and Aureilhan if you want to avoid the waves of the Atlantic. The Dune de Pilat is the largest sand dune in Europe and well worth climbing or perhaps just go cycling of hiking through the forest- this is a department with something for everyone.

The Cote d’Argent and its wide sandy beaches along with the Landes Forest continue from Gironde through Landes where you will find a number of popular seaside resorts that include Biscarosse, Parentis-en-Borne, Mimizan, Moliets-et-Maa, Seignosse, Capbreton, Vieux Bouceau Port d’Albret and Hossegor amongst others. It is a department of wonderful space and nature where you can stroll down parts of the beach in the summer and still feel surrounded by tranquillity. Behind the sea you have the sand dunes and lakes and beyond that the forest and nature reserves like the Courant d’Huchet and if you follow the stream inland from here (by boat or via the path) through the forest you will end up at the freshwater Etang de Leon. The biggest draw to this area for holidaymakers are the waves that make it popular for surfing but also jet skiing, yachting and swimming while cycling and hiking are also great options.

The Pyrenees Atlantiques is the heart of the Basque country in France and is bordered by the Pyrenees Mountains and Spain to the South and the Atlantic Ocean to the West. It is an area with a very strong sense of its own character both in terms of the people but also its attractive architecture. Bayonne and Pau are historically very interesting with the latter having a formidable Chateau, the Musee des Beaux Arts and lovely selection of boutique shops. Along the coast you have some spectacular vistas particularly along the coastal path around Biarritz with its 19th century architecture and lively and friendly atmosphere. Its other towns and villages of note near the coast are Bayonne, Anglet, Saint-Jean-de-Luz, Ciboure and Hendaye. There are also many pretty villages inland from here with their distinct architecture and spa towns such as Cambo-les-Bains, and Saint-Jean-Pied-de-Port plus the fortified town of Navarrenx. Of course the other main attraction of this area is the Pyrenees National Park with its dramatic scenery and recommended villages to pass through are Lescun and Laruns.

Properties for rent in France 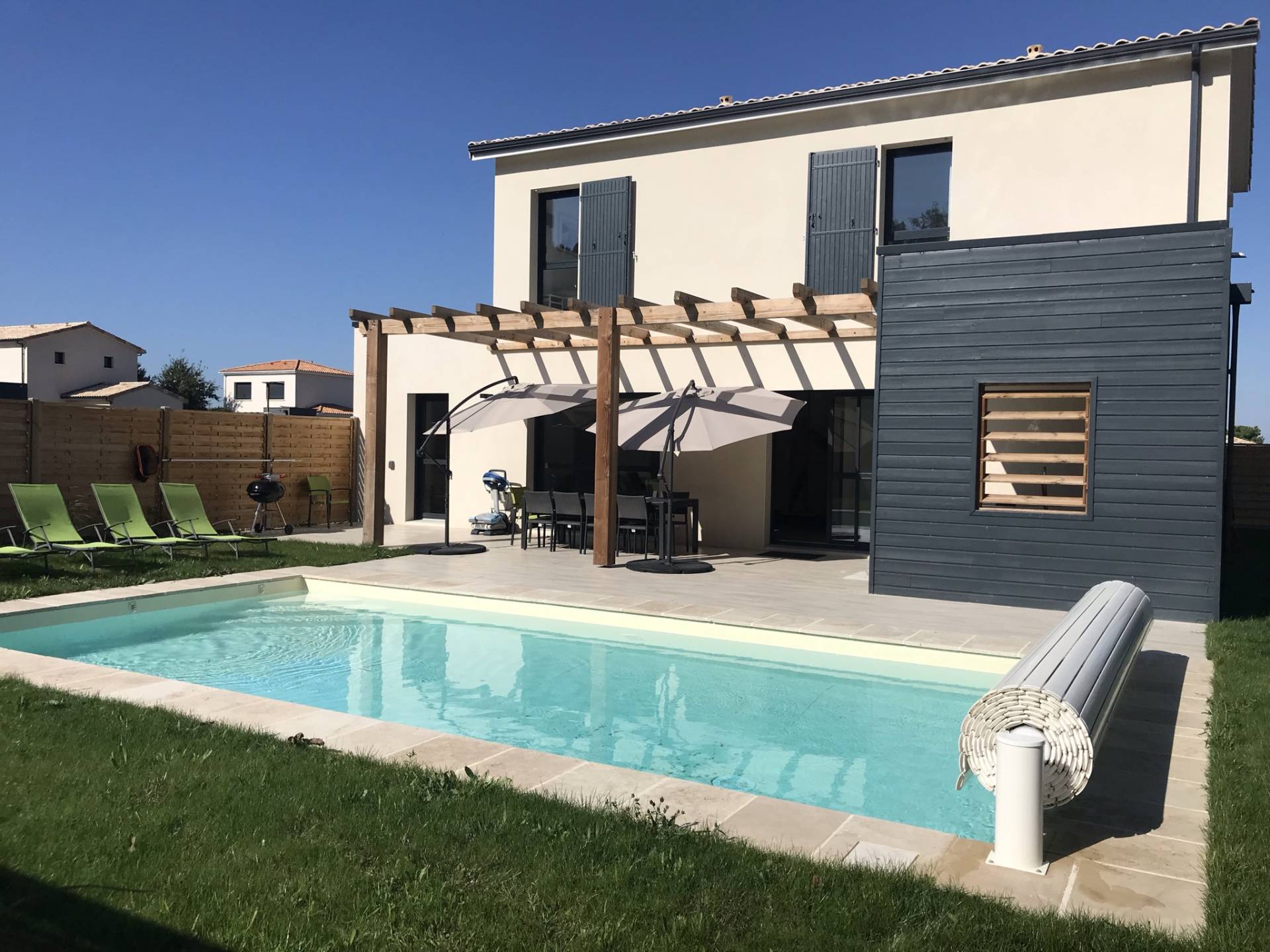 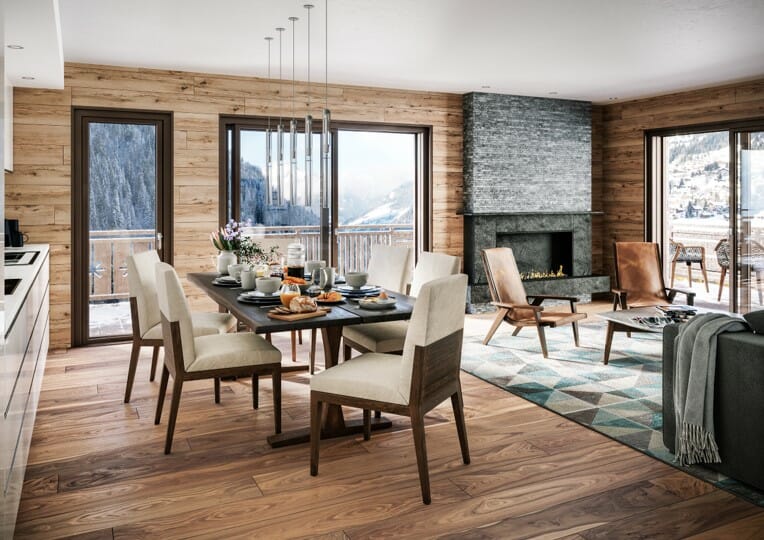 A new 3 bedroom apartment for rent in Alpujarra,… 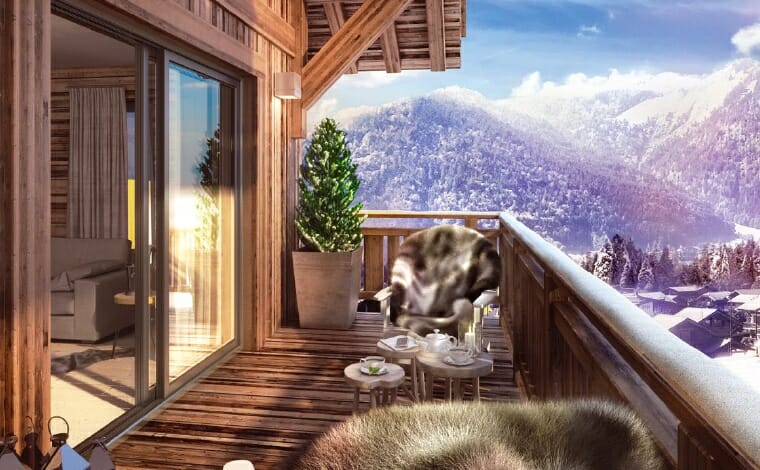 A well-appointed three bedroom apartment for rent in an… 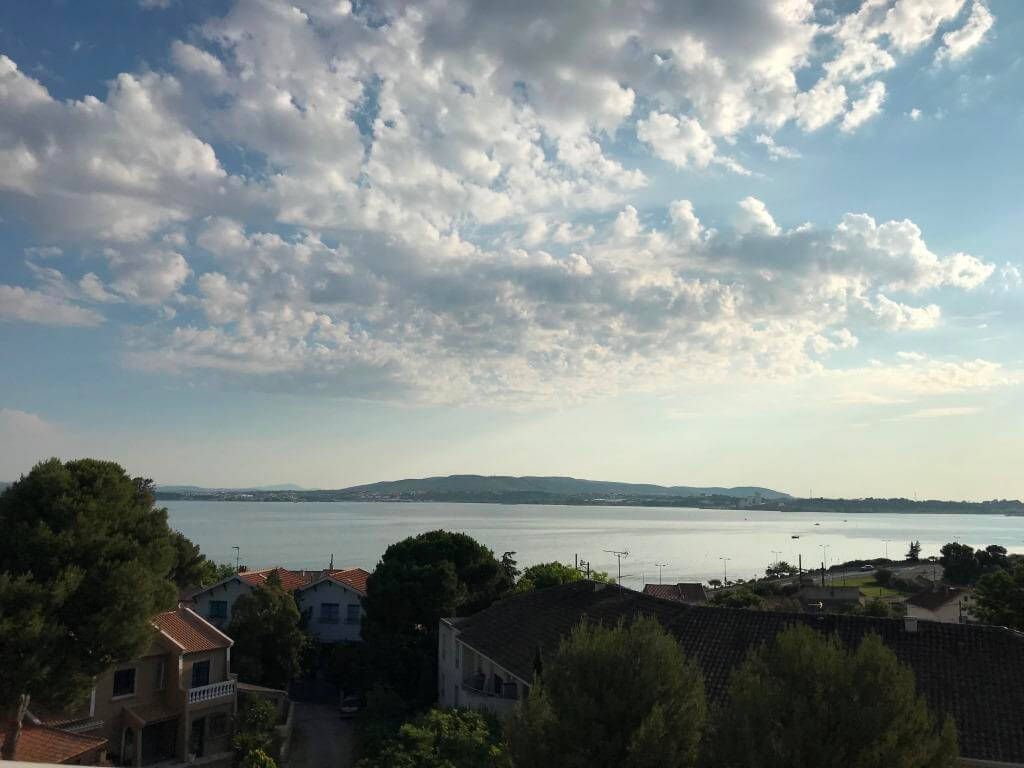 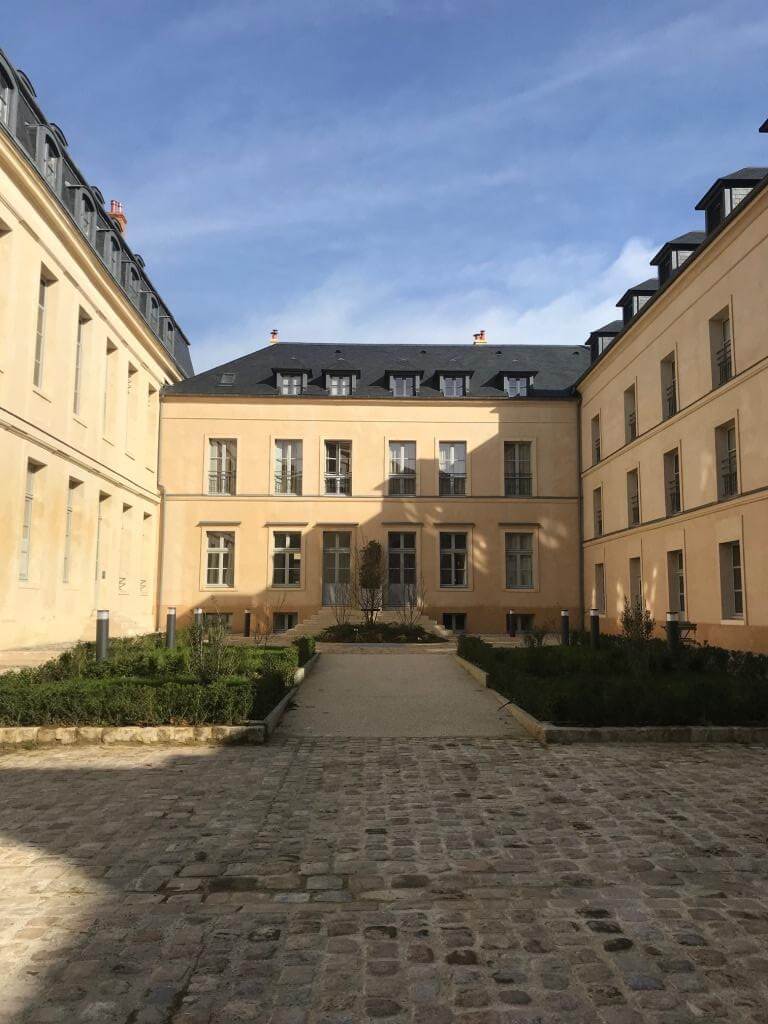 Luxury one bed apartment for rent in Versailles just… 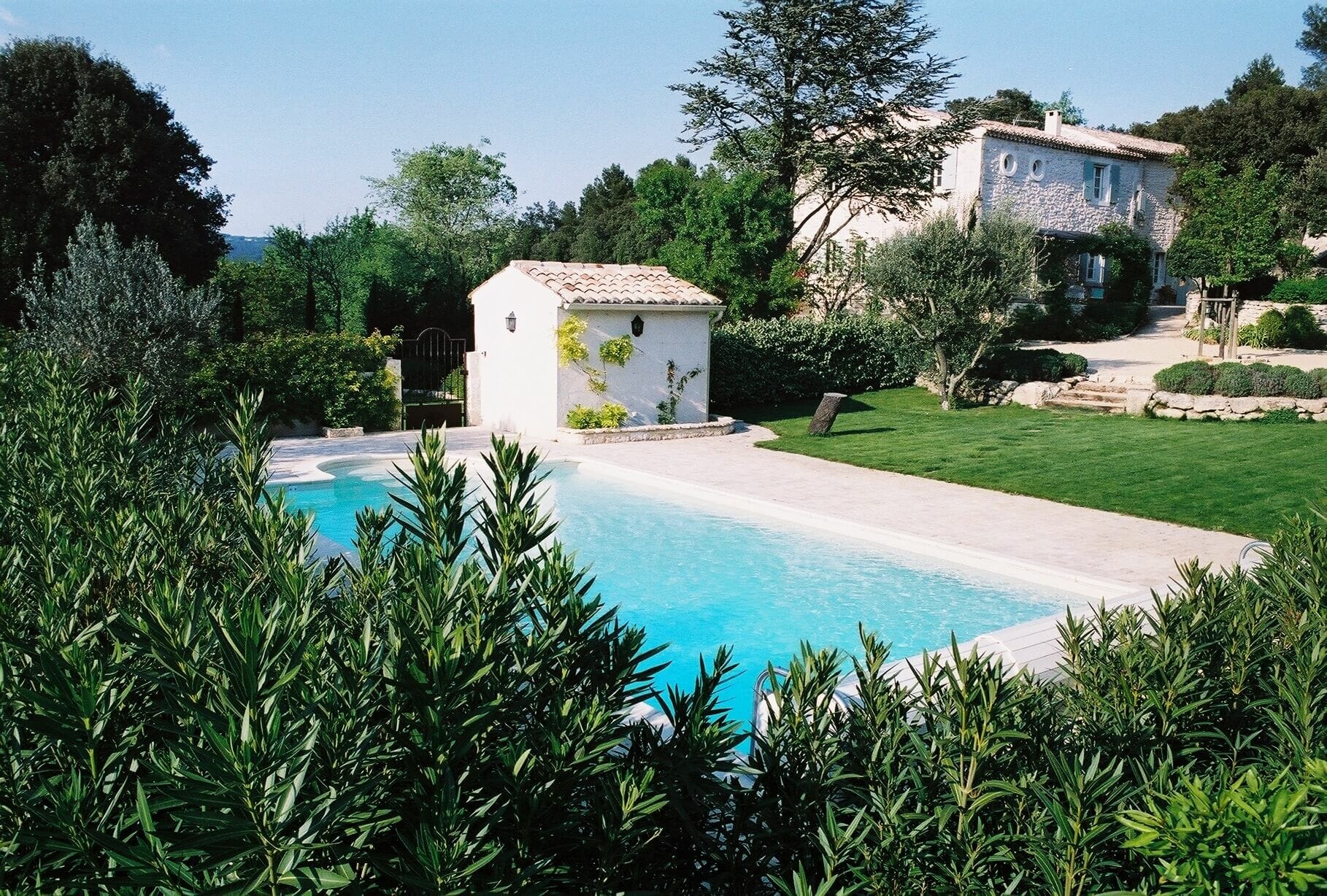 New properties for sale in France 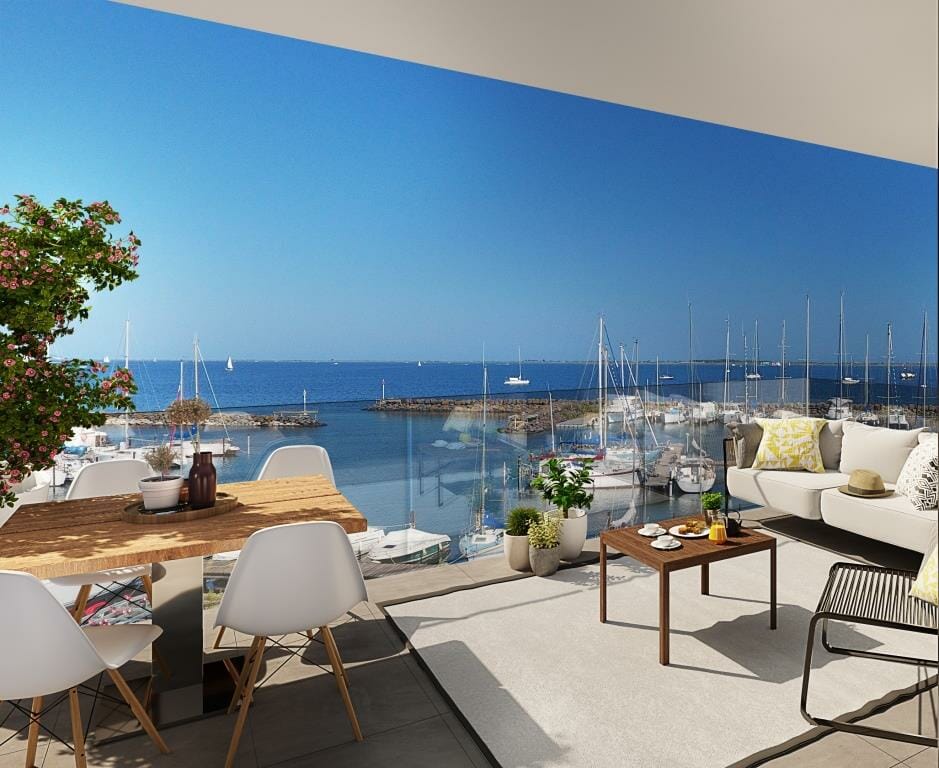 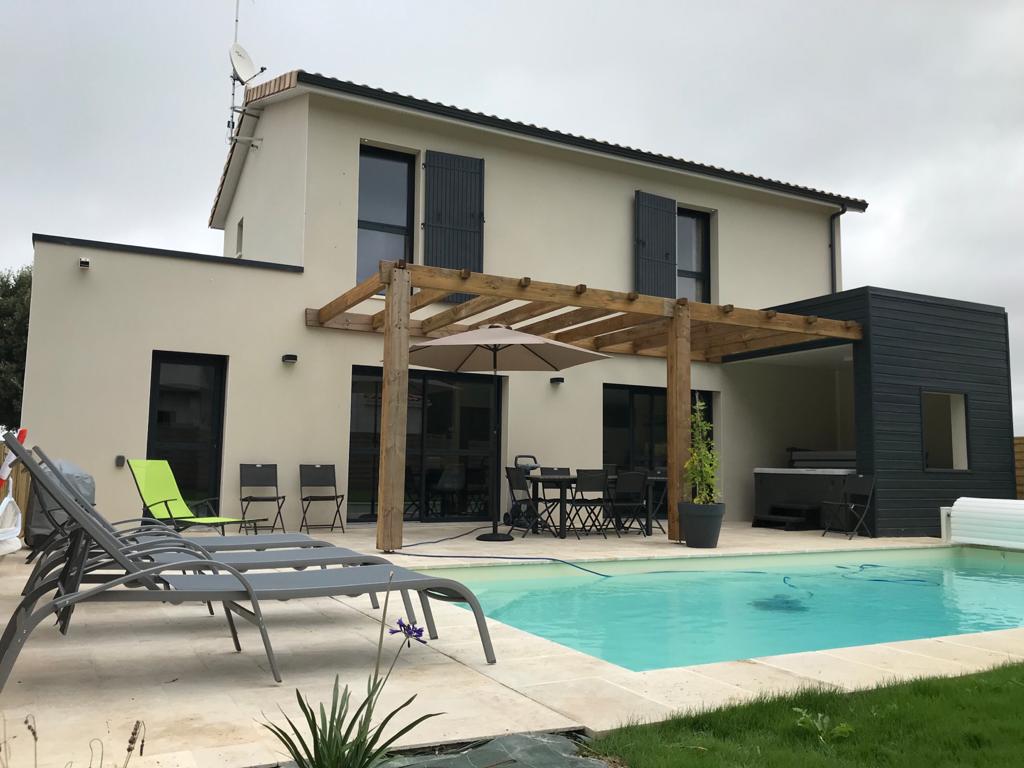 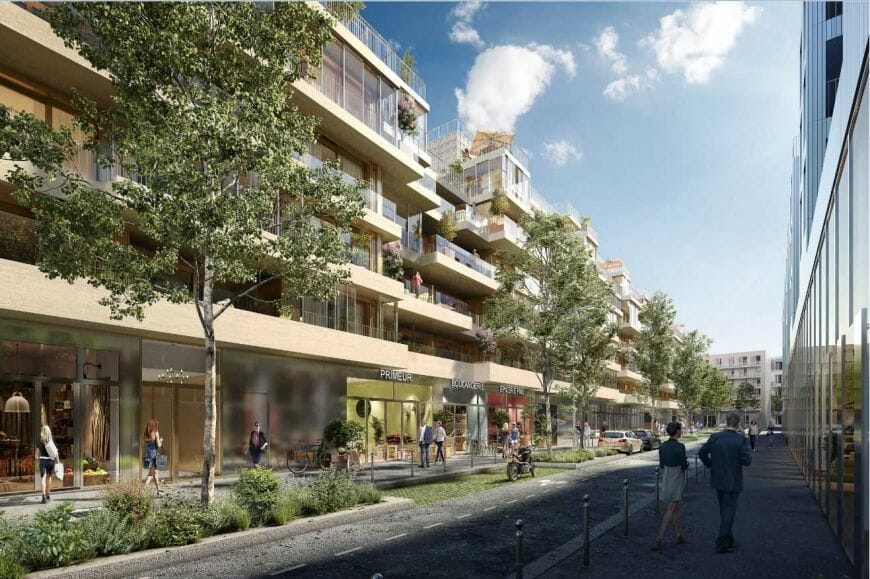 Very high-end, spacious apartments for sale in the 15th… 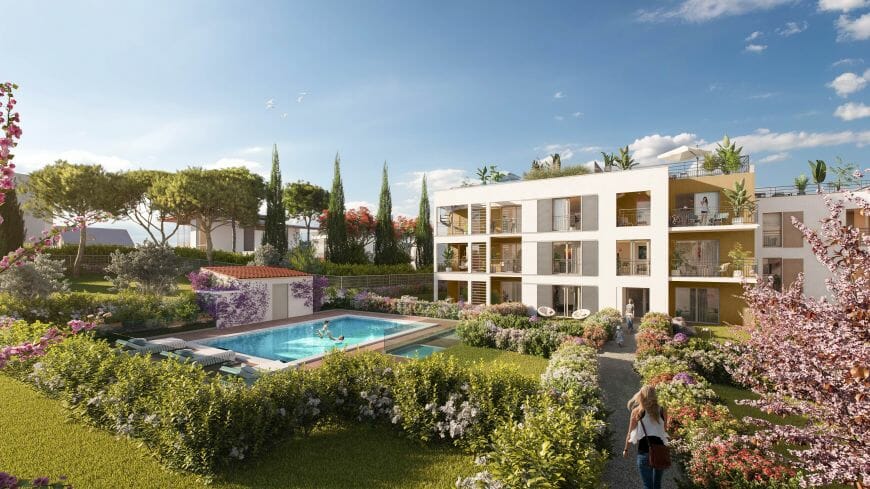 One to four bedroom apartments for sale in a… 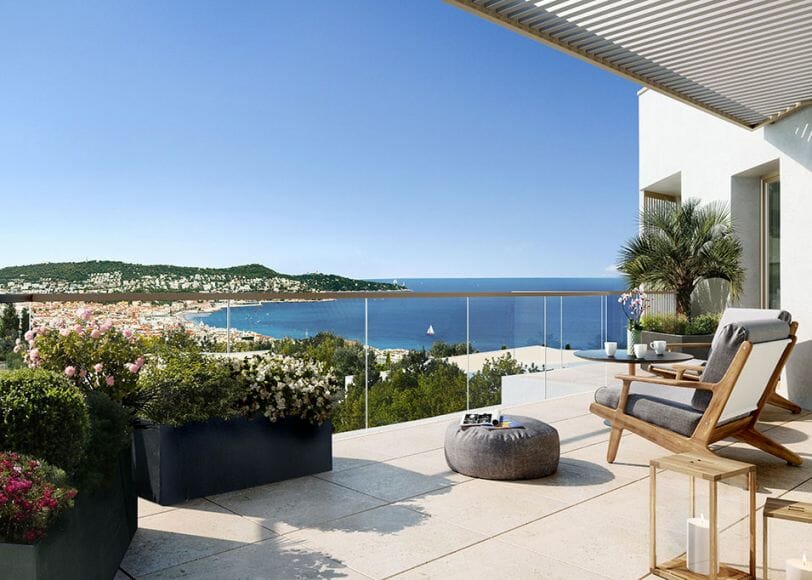 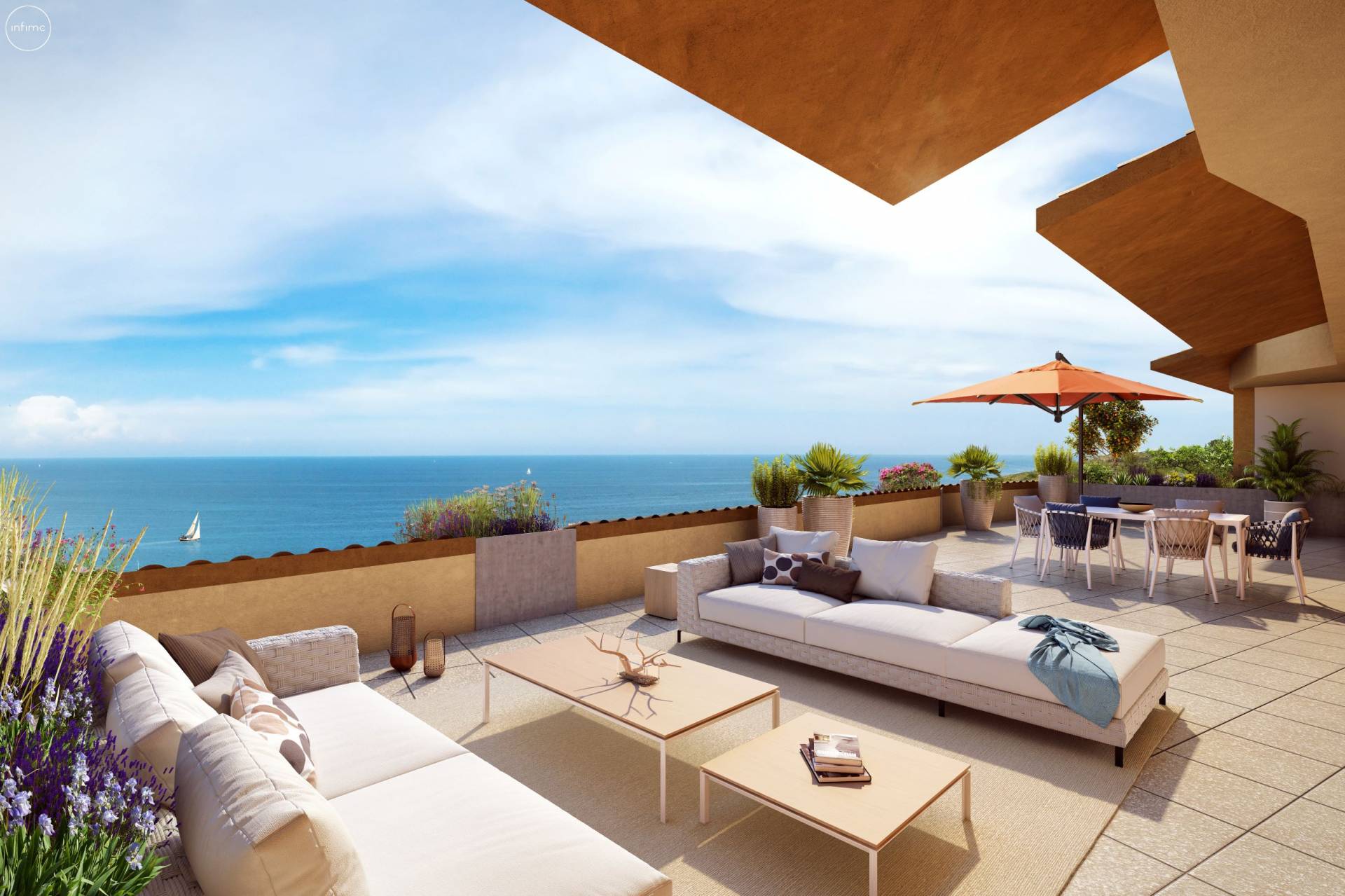 One to three bedroom apartments with sea views just… 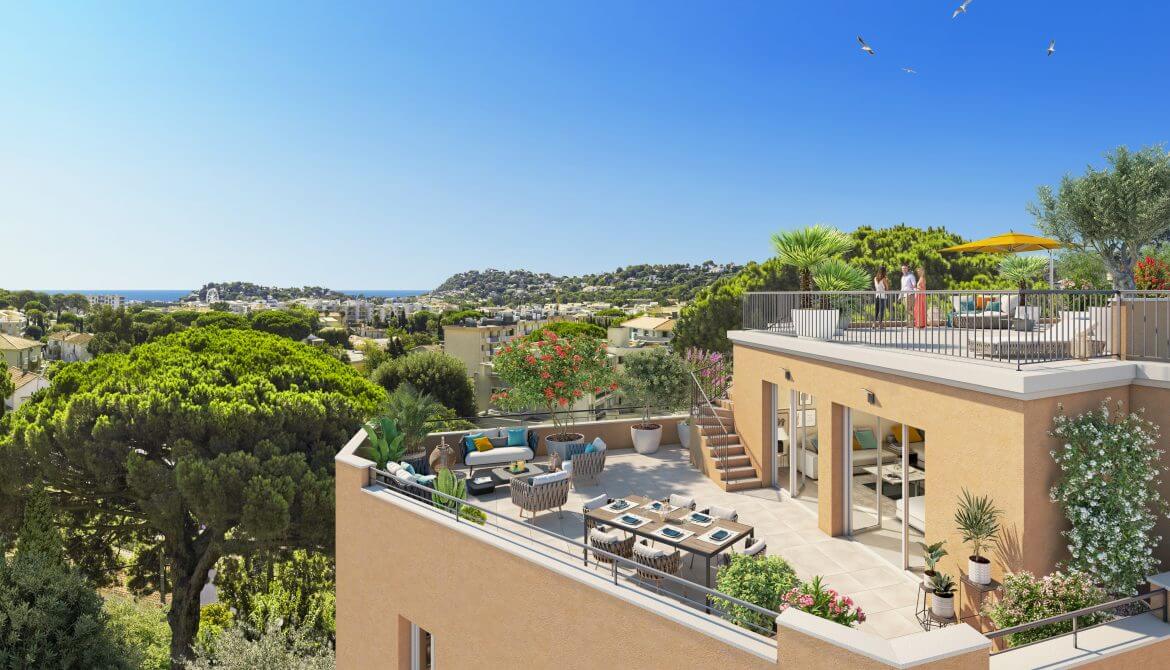 New one to three bedroom apartments with a landscaped… 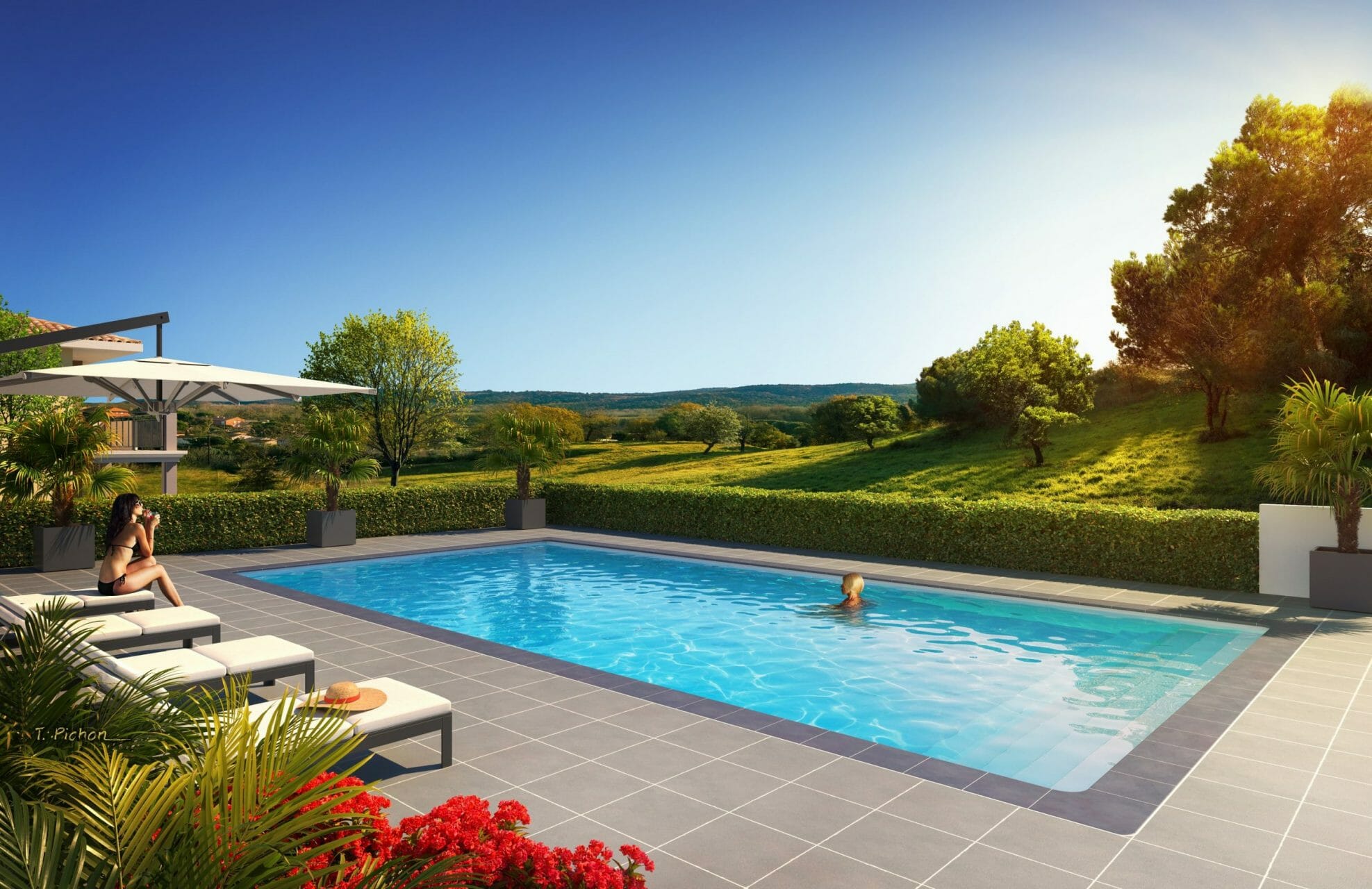 Apartments for sale in a residence with landscaped gardens,…

This website uses cookies to improve your experience while you navigate through the website. Out of these, the cookies that are categorized as necessary are stored on your browser as they are essential for the working of basic functionalities of the website. We also use third-party cookies that help us analyze and understand how you use this website. These cookies will be stored in your browser only with your consent. You also have the option to opt-out of these cookies. But opting out of some of these cookies may affect your browsing experience.
Necessary Always Enabled
Necessary cookies are absolutely essential for the website to function properly. These cookies ensure basic functionalities and security features of the website, anonymously.
Functional
Functional cookies help to perform certain functionalities like sharing the content of the website on social media platforms, collect feedbacks, and other third-party features.
Performance
Performance cookies are used to understand and analyze the key performance indexes of the website which helps in delivering a better user experience for the visitors.
Analytics
Analytical cookies are used to understand how visitors interact with the website. These cookies help provide information on metrics the number of visitors, bounce rate, traffic source, etc.
Advertisement
Advertisement cookies are used to provide visitors with relevant ads and marketing campaigns. These cookies track visitors across websites and collect information to provide customized ads.
Others
Other uncategorized cookies are those that are being analyzed and have not been classified into a category as yet.
SAVE & ACCEPT